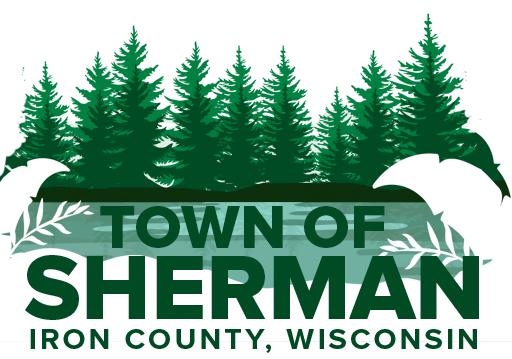 A number of Springstead residents and visitors paid tribute to the late Norman Pripps who manned the Springsted Fire tower for many years. The event was marked by words of appreciation and the dedication of a sign in memory of Norman and his wife Joan who was a well known local artist. Crafted and carved by Springstead resident Larry Nearing, the sign was erected at the base of the Springstead Fire Tower hill and was put in place by Norman's nephew Bob Pripps and also by his son Rob Pripps, both of Springstead. The event was concluded by a prayer and was followed by a social time for neighbors and friends.

During the early part of the last century forest fires were a frequent threat across Wisconsin. They were a cause of destruction, a loss of livelihood, and sometimes a loss of life. Although fire is a natural and necessary part of a healthy forest system, over zealous timber harvests in the 1920's left a landscape littered with tinder dry branches and stumps. Overcutting led to erosion and loss of understory vegetation that ordinarily helps deter excessive fire. Fire rangers like Norman Pripps were stationed atop tall towers in the 1930's and 40's to guard the emerging forest regrowth and protect a growing north country population and economy.

Day after day they constantly scanned the landscape for any hint of smoke that might lead to a fire. Fire fighting equipment was limited as were the number of human hands to quell an inferno. A lightening strike, a train spark or a careless cigarette resulted in thousands of acres going up in flames. It was a lonely job atop those high towers and the hours of constant watching sometimes seemed endless. The Pripps family related stories of occasional visits to the elder Pripps as he stood his watch in the Springstead tower. Local residents also shared events that attested to the alertness and watchfulness of Ranger Pripps Norman's son Rob related how his father loved eagles and often marveled at their soaring flight as he watched them from his own perch high in the tower. In choosing a site to place the sign the men based their decision on the fact that there was an eagle resolutely perched high in the tree over where the new sign now stands.

The artwork of Norm's wife Joan is well known in the north woods. Her oil paintings of birds, pine trees, streams and deer grace the walls of many North Country cabins as well as the homes of summer visitors from all corners of the state and beyond. Originally from Milwaukee and extensively trained as an artist, she and her husband operated the "Studio in the Woods" for many years in Springstead.

Norman and Joan Pripps symbolized both a deep love of nature's beauty and a heartfelt dedication to protecting the landscape. Theirs was truly a labor of love and a very real call to service and commitment right here in Wisconsin's north woods.

Carved on the sign that was dedicated to their memory and efforts on Memorial Day are the following words:
Pripps 1910 - 2005
In memory of true pioneers of Springstead.
Norm watched over us from this hill and Joan painted the beauty around us. 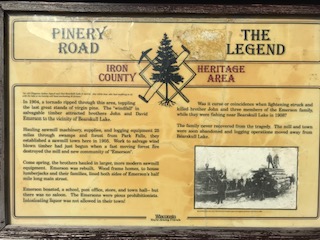